Five Problematic Design Terms You Should Retire or Rethink 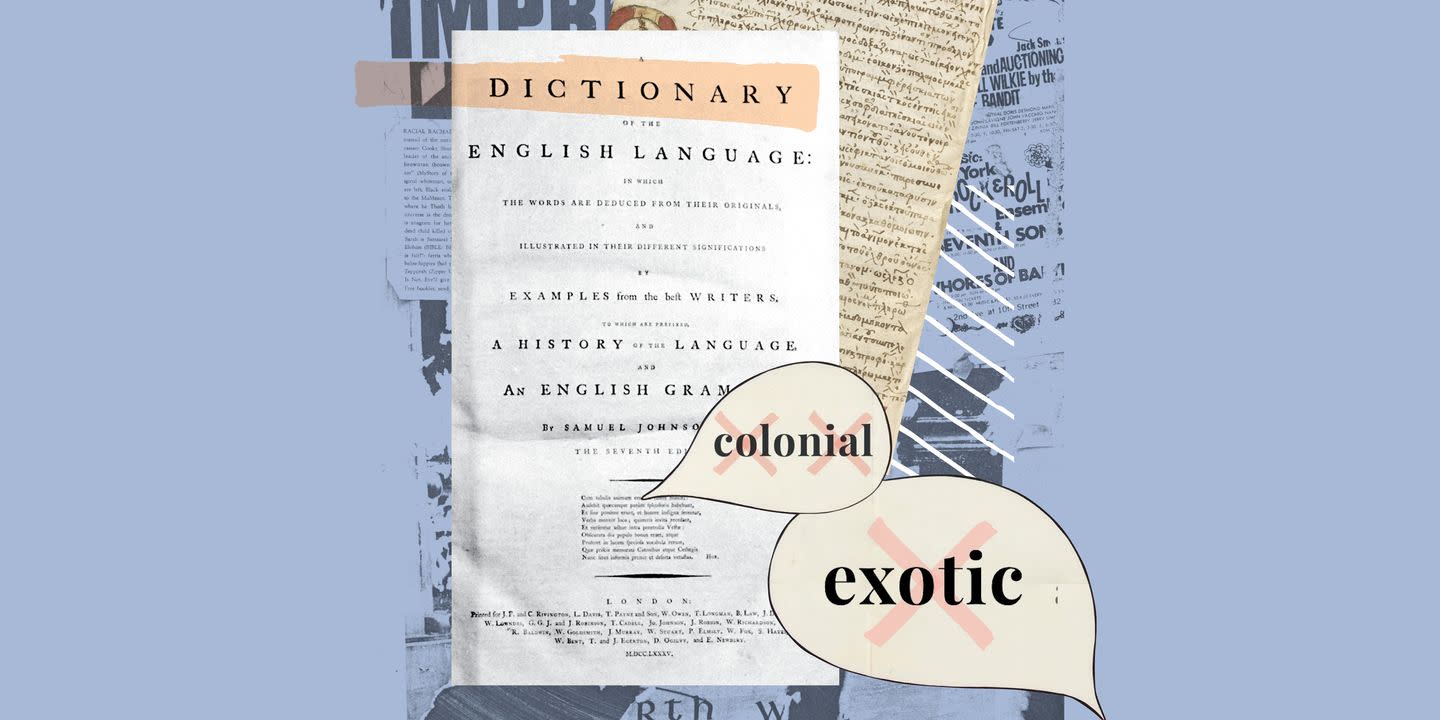 Part of being an interior designer is knowing the vocabulary. A good designer can discuss Kuba cloth, Greek Revival architectural details, and clerestory windows with ease. But there are other words in the design lexicon that have more fraught backstories, including origins in colonialism, prejudice, and slavery. Recently, the internet was abuzz when TMZ revealed that the Houston Association of Realtors dropped “master bedroom” from listings because some realtors felt “master” was a reminder of slavery. Many builders began shifting to “owner’s suite” a few years ago because that includes buyers of all genders (House Beautiful has dropped the term from its style guide in favor of the simple “main”).

But the truth is, there are many more examples of how problematic history has permeated our vocabularies. And in order to make an effort to combat systemic racism, we must commit to think about our words and actions, and how they perpetuate it. We reached out to a few designers to unpack the baggage behind some popular design terms.

For many Americans, this word evokes the 13 colonies, but its roots go back to architecture from the British colonial era. The vast British Empire stretched from India to Africa to the Caribbean, where you’ll find homes with wide verandas and wood shutters. Designer Young Huh recalls working on a project in a former British colony when her client pulled her aside and said, “Let’s not use that term: British colonial. It’s not something that people like to hear.”

She wants others to be aware of what the phrase means to the descendants of enslaved people. “The British colonists were terrible, awful slave owners, they were very brutal,” says Huh, who recommends reading The Washington Black for anyone who wants to learn more about the effects of colonialism.

Flipping through AphroChic Magazine or Remix, the seminal book on creating soulful interiors by Jeanine Hays and Bryan Mason, you’ll learn about Ethiopian Mesob baskets, Indian Kantha quilts, and Mexico’s Tenango embroidery. But you won’t find ethnic, exotic, urban, or bohemian–or any generic terms for global decor. “This is a process of othering,” says Mason. “It’s based on a deeper assumption that white is normal, and anything that is not white is aberrant.”

Even when intended as a compliment, calling a rug “ethnic” glosses over so many details: “It’s an insult to those societies and cultures that have created things that are unique,” Hays adds. “So we name them.” Hays’s approach is a good rule of thumb: Whenever possible, be as specific as you can in describing decor from different regions. Instead of reaching for a blanket term like “exotic,” name exactly where an item came from, who made it—or better yet, both.

On a related note, skip “tribal,” too—if the item is, in fact, created by a tribe, say which. Not only is it respectful to the maker, but it’s more informative too.

Growing up in Louisiana, Michel Smith Boyd took field trips to plantation homes. For some, plantations evoke the antebellum Southern lifestyle with cotillions, magnolias trees, and Gone With the Wind. “I’m not included in that romance,” says Boyd, who is Black. “Its references are much darker and much more hurtful and much more painful.” He remembers being surprised to find a Los Angeles home decor store called “Plantation,” a choice that effectively glorified a style of home deeply intertwined with the horrors of slavery.

Plantation architecture is an archetype that includes homes with wooden shutters controlled by a vertical piece of wood—and the term is used, often not maliciously, to refer to these design characteristics. But in 2020, it’s unacceptable to glorify plantation living, where thousands of Black people were enslaved, tormented, and murdered, argues Leyden Lewis, an interior designer, fine artist, and professor at Parsons School of Design, The New Schoo in New York. “Plantation style? That’s just horrific,” says Lewis, a native of Trinidad, which is dotted with former sugar, nutmeg, and cacao plantations worked by enslaved people. “To reduce it to a style is very dismissive.”

To Lewis, this speaks to a larger glossing-over by the design industry as a whole. “That’s the problem with interior design; it wants to create a whiff of something, but not really take responsibility for how spaces are coded,” he points out.

Rather than simply excising words like “plantation” and “master” from the lexicon, Lewis says they offer an opportunity to delve into the history behind them. Take the time to understand the baggage the term might have—and to ensure that history is made clear if you do use the term.

Plus, while we all look to update our lexicons, let’s be sure not to forget—as singer and activist John Legend tweeted—there are more important issues in the housing, interior design, and architecture industries, too: redlining, poor access to mortgage loans, and a lack of diversity at all levels. “We have to go a little bit deeper,” says Lewis. “We have to talk about the way people behave and how they use language, not the words.”

Maria C. Hunt is a journalist based in Oakland, where she writes about design, food, wine, and wellness. Follow her on instagram @thebubblygirl.