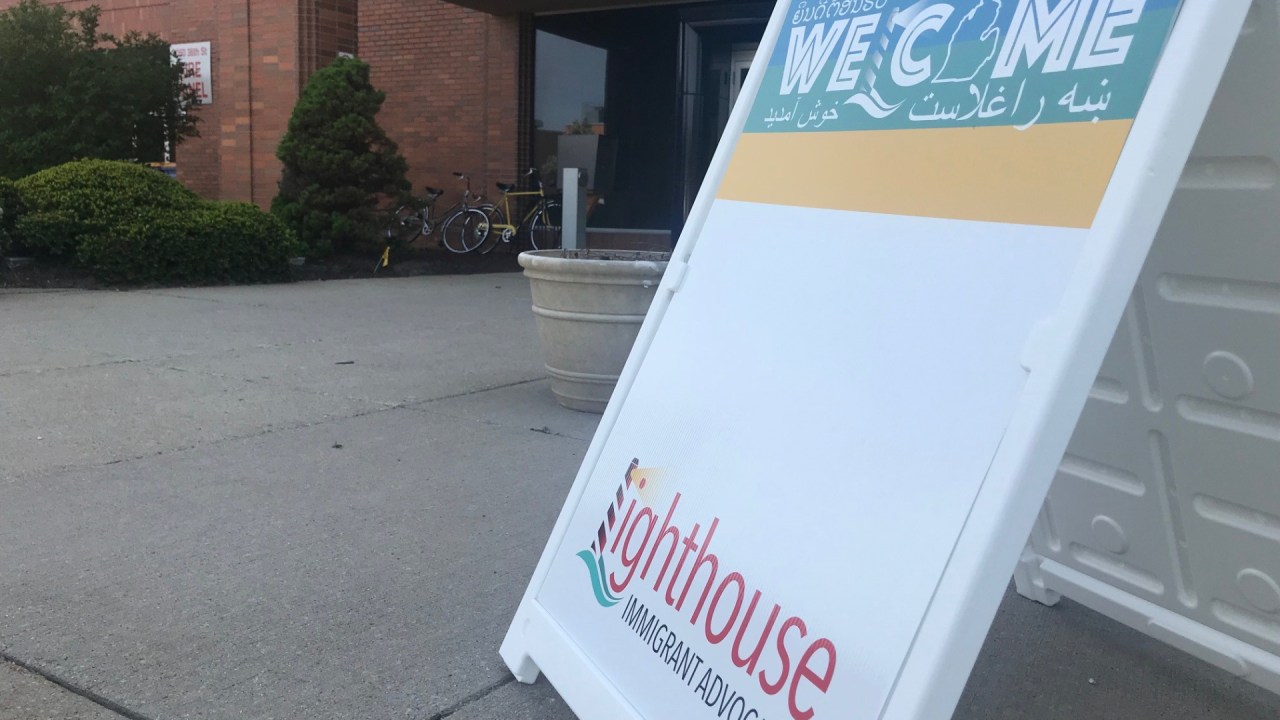 GRAND RAPIDS, Mich. (WOOD) — Time is running out for Afghan refugees in West Michigan to apply for asylum, ensuring they can remain in the United States.

Last August, they fled the only home they had ever known after the Taliban took over Afghanistan. While Afghan refugees adjust to American life, with a different culture and languages, they are required to apply for asylum within one year of getting to the United States.

As August approaches, a new program is underway in Grand Rapids and Holland to help more than 300 Afghan refugees in West Michigan secure asylum.

The clinic is held at Samaritas and Bethany Christian Services on Tuesdays and Thursdays in Grand Rapids. On Wednesdays, it is at Intersection Ministries in Holland. The goal is to complete five applicants each session.

Private donors have played a huge part in getting this program off the ground.

“We see the impact that we’re making and that people value what we’re doing,” Ponce said. “This is their way of contributing and welcoming our new neighbors.”

Samuel Filcik is the asylum attorney for Lighthouse Immigrant Advocates.

“Their lives are at risk,” Filcik said. “The lives of potentially their families in Afghanistan are at risk.”

He said the stories he has heard from refugees over the last few days have been “gut-wrenching.”

“We’ve had people who worked at the American embassy that hopped on a plane and left their wife and kids behind,” he said. “Multiple people like that.”

“The other day we were meeting with some people,” he added. “They had been separated from one of their family members in the chaos at the airport when they were evacuating.”

Filcik said the language barrier has been challenging, as some refugees speak unique dialects.

“Just yesterday we had a family that speaks a language that’s only spoken by about 15,000 to 20,000 people in the entire world,” he said.

After refugees apply through an I-589 form, they need to meet the definition of refugee under U.S. law, Filcik said. If that happens, they get an interview with an asylum officer in Chicago within 45 days.

Within 150 days of the interview, the application is either accepted, denied or referred to immigration court.

The entire process typically takes between two and six months after applications are submitted, Filcik said.

While these refugees work on staying in America, they are also trying to get their family home.

“By applying for asylum, they’ll be able to eventually petition their families over here,” Ponce said. “Give them that opportunity to have a safe place to be.”

“A lot of them have had their wives and kids,” Filcik added. “They just hopped on a plane when they had an opportunity. Now they’re just desperate to get their family over here.”

Organizers are asking for volunteers in the mornings to help fill out the first four pages of the asylum applications. Ponce said no experience is required, and they train you on the spot. The group is also looking for pro bono attorneys to volunteer from 12 p.m. to 4 p.m. to assist in the process.

“All of (the refugees) came here because it was something that they had to do,” Ponce said. “Their lives were at risk. For them to be in our community, I feel like we owe it to them to give them to the opportunity to help them out.”

“I just really hope that we can come together and supporting these people who just desperately need our help,” Filcik added.

If you want to get involved, go to lia-michigan.org for more information.