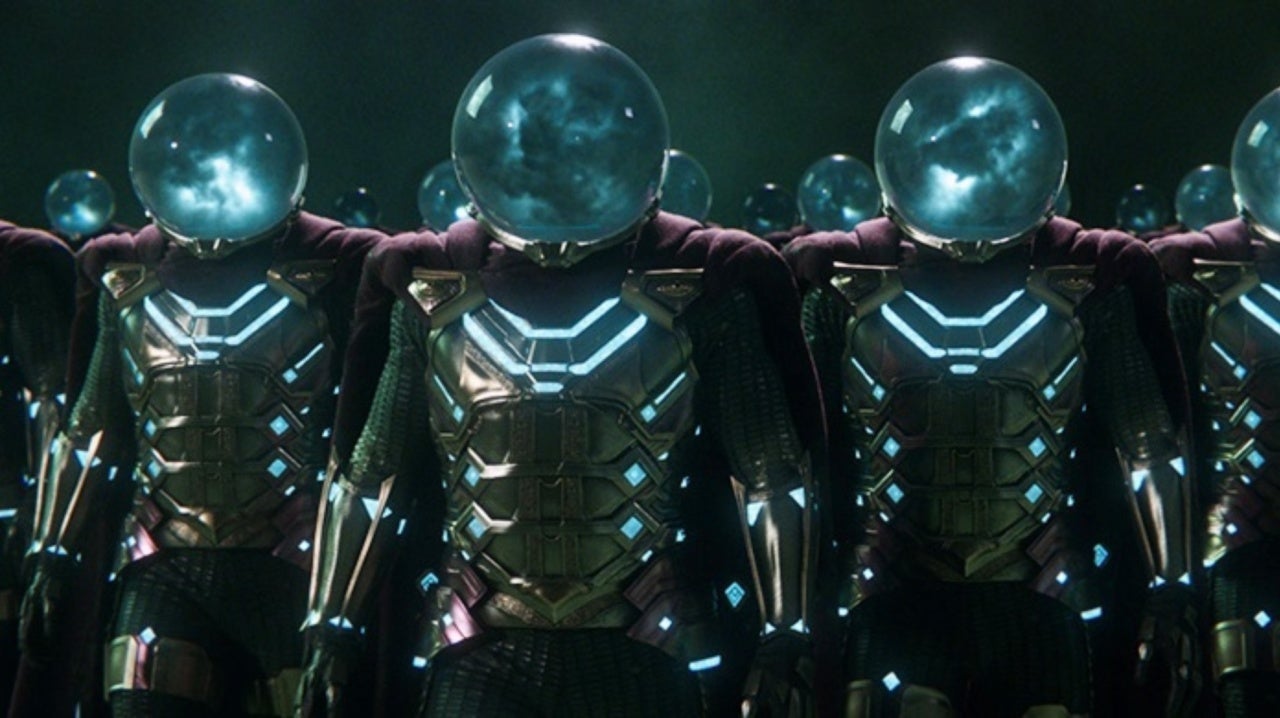 If you thought Mysterio was an afterthought, you may want to think again. Sunday afternoon, hefty merchandise leaks started to pop up online, revealing dozens of new Spider-Man: No Way Home designs that will be used on apparel and any other kind of consumer products paraphernalia. Earlier in the day we wrote about Spidey (Tom Holland) seemingly casting his own magic and now, it looks like Jake Gyllenhaal’s baddie from Spider-Man: Far From Home may be coming back.

While there’s no indication Gyllenhaal himself is returning, the character is featured in a pair of designs indicating homemade apparel made by his sympathizers. Both of the designs include Mysterio’s iconic fishbowl helmet, and they both read “We believe Mysterio.” See the designs for yourself below.

The last we saw the character, he framed Peter Parker (Holland) as his murderer in a post-credits scene at the end of Far From Home. Earlier this year, leaked set photos also showed posters similar to the above designs.

“Mysterio is just an iconic villain, and we discussed various villains, but we kept coming back to Mysterio,” writer Erik Sommers previously said of adding the villain to the MCU. “He really seemed like the next logical choice, but the challenge was how to update the Mysterio from the source material, the comics, into someone that we would see in the MCU. So, it just came down to a lot of conversations with the creative team about how we would update Mysterio, how we would make someone who in the comics is a stuntman, special effects guy with strings on his shoes, into someone that we would see coming up against Spider-Man in an MCU movie.”

Spider-Man: No Way Home is set for release on December 17th. What other Spidey-family characters do you think will end up appearing in the upcoming features? Let us know your thoughts either in the comments section or by hitting our writer @AdamBarnhardt up on Twitter to chat all things MCU!