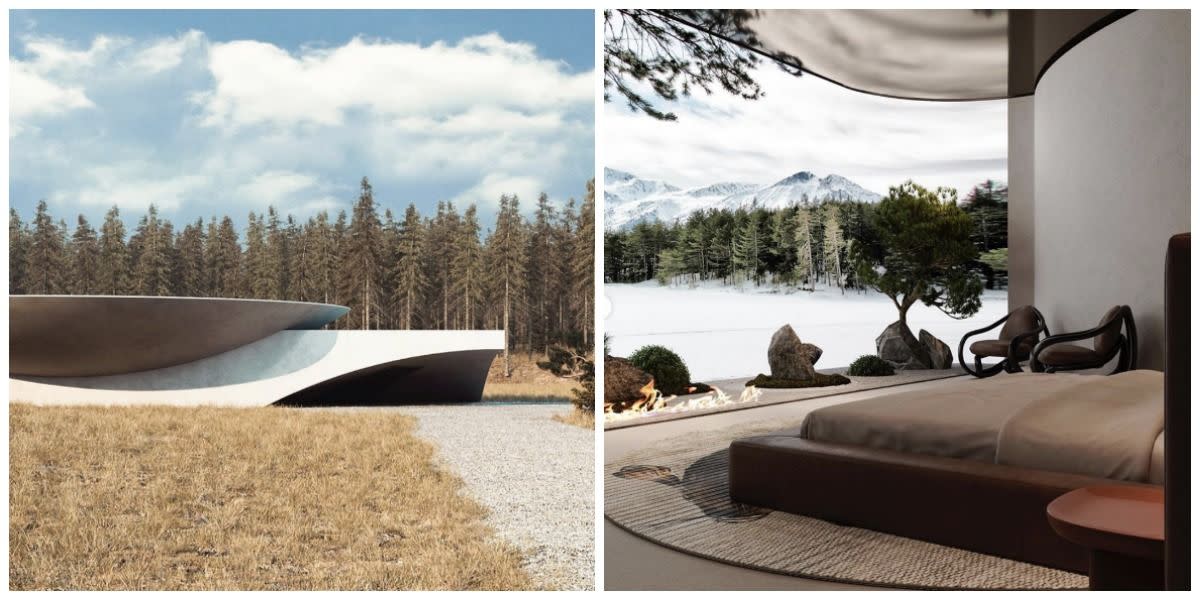 Back in March, we brought you news that, as the coronavirus spread across the globe, the luxury bunker company Survival Condos—which creates survival condos out of former World War II bunkers—had seen a sudden a spike in interest. What caused this? In short, fear. Folks were looking to quarantine and these former WWII bunkers seemed like a safe spot.

As far as COVID-19 goes, hunkering down in a doomsday bunker isn’t any safer than just quarantining in your own home. However, the idea of luxury bunkers built to last through everything — including an apocalypse— is still going strong. Sergey Makhno Architects, located in Ukraine, recently drew up a design plan for its own modern-day doomsday shelter. Unlike Survival Condos, these bunkers would be located completely underground, but still manage to offer the comforts and security of an above-ground facility.

“For us, the task was extremely simple and difficult at the same time,” architect Oleksandr Bokhan writes on the company’s proposal. “To make the bunker a modern, cozy house.” To enter this contemporary, one-of-a-kind structure, residents would first have to pass through a disinfection shield. Then, a staircase and/or elevator would fully transport them into the living space, located approximately 50 feet below ground.

Since the underground bunker obviously doesn’t have windows, the firm played around with smart technology in order to simulate real life. LED lights serve as artificial sunlight, while a garden with Phyto-equipment enables residents to grow fruits and vegetables underground. As for other foods, the plans include a large warehouse to serve as an extensive pantry. The plan also includes accommodations for staff, separate from the family bunker, as well as an adjoining medical care facility.

To further simulate above-ground living, highly sensitive screens would allow guests to easily change the view “outside” from snow-capped mountains to an “open” window. The technology would even allow guests be able to feel a slight breeze from the “window.”

When it comes to socializing, a large dining table as well as a movie theater would be available for families to congregate. The bunker would also also feature a pool, a gym-like room with exercise bikes, an actual bike path, and a street with grass and trees to walk dogs on. For those looking for a quiet spot to read, the shelter would also feature a library.

Well, is your mind blown yet? Would an underground facility like this one actually be able to sustain human life for long periods of time? It sure is an interesting concept. You can check out the entire design proposal here.