What Changes Between Car And Crossover? 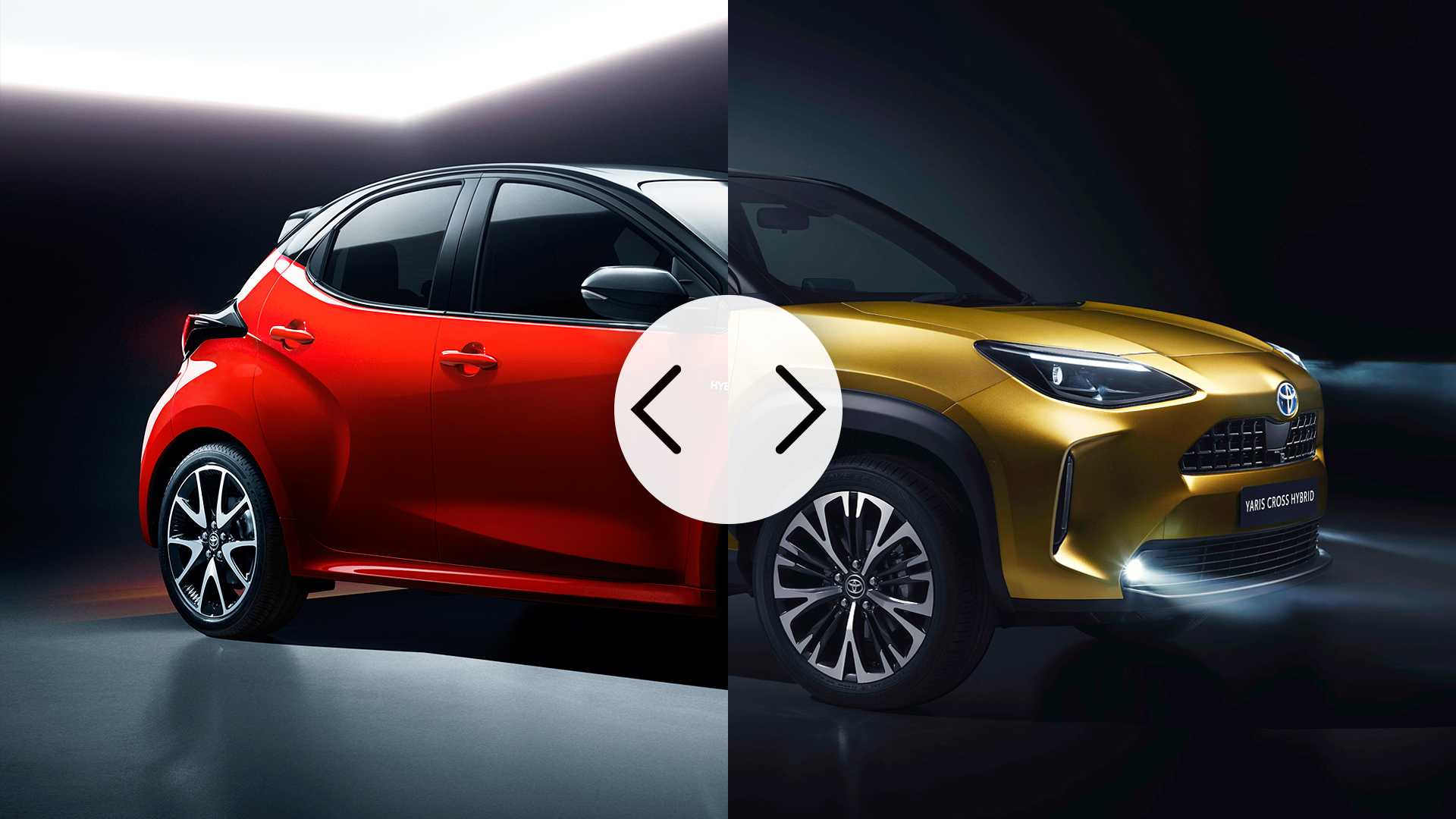 The Toyota Yaris for Euro and Asian markets is refreshed, and now it’s essentially been doubled. That’s because the fourth generation of this five-door is now joined by the Yaris Cross SUV. The standard hatchback is expected to reach European dealers this summer, with the Yaris Cross arriving next year.

At this point, those who want the Yaris might find themselves faced with a dilemma. Which one do I choose, the low-riding hatchback or the high-riding SUV?

It’s a matter of taste and price

To help you through this choice, we offer this comparison of stats and photos. Both offer the new 116-horsepower (87-kilowatt) 1.5-liter three-cylinder hybrid powertrain, but the Yaris Cross will offer both front-wheel drive and an AWD-i system when it goes on sale.

It must also be noted that price will certainly be a factor here as well. Unfortunately, we don’t know how that will match up, as pricing for the Yaris Cross hasn’t been released. However, we do know the new Yaris is expected to start at less than € 20,000, or $21,600 in U.S. currency.

Being based on the same architecture, it is not surprising that Toyota Yaris and Yaris Cross have exactly the same wheelbase, measuring 2.56 meters (100.7 inches) between the front and rear axles.

More space for passengers and cargo

As the above stats show, the Yaris Cross offers more space inside as well as a 3 cm (1.1 in.) of additional ground clearance. The overall height difference is 9 cm (3.5 in.) which means there’s more headroom inside the SUV. The Yaris Cross is also slightly wider thanks to its revised bodywork, creating more room inside for passengers.

At the moment there is no official data on the cargo capacity for the Yaris Cross, but we estimate it should be around 350 liters (12.3 cubic feet). However, we do know the rear compartment is equipped with adjustable belts to hold objects, and it will feature an electric liftgate.

Round or square? The choice is yours.

In terms of style, there are actually many differences between the two models. The Yaris Cross favors sharper lines inspired by the facets of a diamond, to give a sense of “solidity and practicality” as its designers say.

This more massive and squared aspect, necessary to express the more adventurous spirit of the SUV, is also intended to distinguish the new model from the standard Yaris, which instead relies heavily on rounded shapes and an alternation of curves with straight lines.

The clearest example of this comes from the wheel arches, which are evident and well-marked on both compacts. However, the Yaris Cross clearly adopts a more polygonal than circular pattern.

As for the wheels, 18-inch alloy designs help to fill the large wheel arches of the Yaris Cross. The new launch color called Brass Gold helps to give it an “active and high quality” appearance, as said by one of the SUV’s designers, Lance Scott.

Of course, we can’t offer a comparison without stepping inside both models.

As you might expect, the interior layout is nearly identical between the Yaris and the Yaris Cross, featuring the same dash layout with similar features, as well as the same steering wheel, center console, and door panels.

There are some noteworthy differences. The instrument panel for the standard Yaris maintains a split between circular indications at the corners with an info screen in the middle. The Yaris Cross gets a display with a single-element speedometer in the center.

Lastly, you’ll find other small differences with the fabrics and materials used, though overall interior design is virtually identical.